Move to Standards-Based Grading Under Way 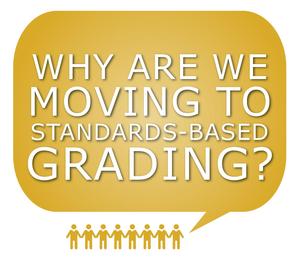 The Nampa School District is excited to begin the move toward standards-based grading. The system will be piloted this year at East Valley and Lone Star middle schools and in several courses at the high schools, and will be adopted districtwide in fall 2020. Elementary schools have been participating in standards-based grading since 2014.

Because grades in a traditional grading system are averaged over an entire quarter, and teachers may assign points for behavior or extra credit, a student’s true understanding of a concept can be masked and grades inflated.

A standards-based grading system, on the other hand, measures a student’s mastery of content standards by assessing their most recent and consistent level of performance. Standards-based grading more clearly communicates how students are performing on a set of defined learning targets called standards and identifies what a student knows, or is able to do, in relation to the pre-established targets. Thus, a student who may struggle when they first encounter new material at the beginning of a course may still be able to demonstrate mastery of the standard by the end of a grading period.

At the end of each semester, standards-based grades at the high school level will be converted to traditional A/B/C/D/F grades. The GPA scale for Nampa School District is the same as any other Idaho district; grades from other schools will transfer to our system and our grades will transfer out. A GPA looks exactly the same in a traditional grading system and a standards-based system.